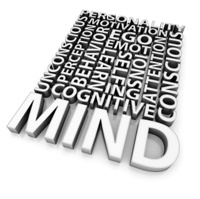 Amongst our clients we list some of the world’s larger law firms, banks, engineering companies and retailers. Although we offer core content training, our clients are often not looking for off the shelf training, they often want it made bespoke to their agendas and processes. A key part of our training is getting personal commitment to making a change in behaviour, and making that stick.

Whether you have 100,000 staff or just 1 person we offer a series of short, engaging and often amusing UB videos online. Prices start at just £1 per person. The videos were shot to be watched on tablets and smartphones, so it doesn’t matter where your staff are located.

You can tailor videos by choosing which elements you want to include : Basics, Choosing, Relationships, Reward and Change. You can add the short optional knowledge check of key concepts.

This is unconscious bias training for the price of a sandwich!

Simply raising awareness of unconscious bias can have a dramatic impact on behaviour and organisational performance. However, sooner or later you or your staff will start to ask the question; what should be DO about it? This is a core business area for us. Unlike many providers we have trawled and tested the science. We have developed ideas and methods capable of simple and easy integration to the job, without bias management becoming a full time job in its own right! Our evidence led ideas on Change are integrated to our online video package.

As the authors of Implicitly® the behaviourally based unconscious bias test we are the UK’s leading provider of implicit association tests. We believe we are the only company (through our licensed publisher Hogrefe UK) able to provide a comprehensive and bespoke testing service underpinned by the expertise of the test authors. As well as a set of ‘core’ tests looking at Age, Disability, Ethnicity (3 tests), Gender (3 tests) and Sexual Orientation (2 tests) we can provide tests based on a host of individual differences.

These include just about any combination of nationalities, visual differences such as bodyweight and specific sub-groups (e.g. young Black men, young White women, older Asian women). These tests can be branded for your organisation, output bespoke branded feedback if required and can be adapted to answer your specific organisational concerns and agendas. You will not get this depth of understanding of the technical and ethical issues around testing, or this degree of flexibility from any other provider.